These books by Dr. Sheila S Walker present new perspectives redefining the Global African Diaspora and its relationships with Africa.

African Roots/American Cultures: Africa in the Creation of the Americas

This volume challenges outdated views of Africans' roles throughout the Americas, and provides information that reconceptualizes the Atlantic world. It features leaders of lesser known African Diasporan societies as well as internationally known scholarly authorities.

In the documentaries to the right and below, Dr. Walker talks about the African demographics and development of the Americas and the unsuspected Pan-American presence of African Diaspora communities and culture.

Sheila discusses the book in the video below

This is an exciting and imaginative volume, as Sheila S Walker has succeeded in stimulating an insightful and provocative conversation among scholars and cultural leaders from all over the African Diaspora, uniquely informed by both recent research as well as lived experience. Topics both historical and contemporary, from the [African] Burial Ground to Carnaval, are explored often through the lens of multidisciplinarity, bring the African Diaspora into much sharper focus. A splendid and much-needed contribution. 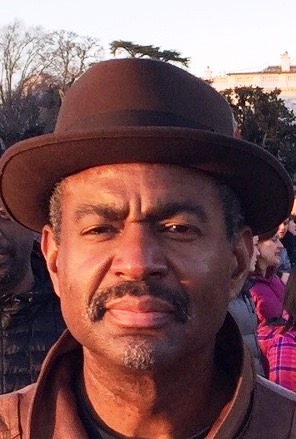 Dr. Michael A. Gomez
Historian, New York University, Founder of the Association for the Study of the Worldwide African Diaspora (ASWAD)

African Roots/American Cultures: Africa in the Creation of the Americas, CBS Interview by JC Hayward

This CBS broadcast on “JC and Friends on 9News” featured an interview by acclaimed media personality JC Hayward, the first female television news anchor in Washington, DC. It focused on my book “African Roots/American Cultures: Africa in the Creation of the Americas,” and a presentation of my documentary, “Scattered Africa: Faces and Voices of the African Diaspora,” that complements the book. It was followed by a book signing at TransAfrica, then an influential African American lobby for Africa and the Caribbean.

Click Here to Grab Your Copy of African Roots/American Cultures

Books on Spirituality in the African Diaspora & Africa

These books about African and African Diasporan spirituality began with my masters thesis that was based on library research about the phenomenon of spiritual trance in ceremonial environments, about which my subsequent field experiences led me to new interpretations. The Religious Revolution in Ivory Coast is based on my doctoral field research that allowed me to analyze the Harrist Church, a product of colonial missionary impositions, as a version of Christianity based on African values and desires. The co-edited volume African Christianity includes both more results of my research on the Harrist Church and comparative information on other versions of African Christianity elsewhere on the continent.

The Religious Revolution in the Ivory Coast: The Prophet Harris and the Harrist Church (University of North Carolina Press, Chapel Hill, 1983)

Without knowing each other, we will recognize each other . . .

I’m a recovering academic. As a cultural anthropologist I’ve written lots of scholarly articles and some books about the Global African Diaspora and its African roots.

Now I’m writing about my experiences traveling around the world learning about other cultures firsthand. My adolescent journey to live with a family in Cameroon in Central Africa on my first trip outside the United States taught me about the African heritage of my African American culture, let me know we were part of the larger African Diaspora, and put me on a path of further discovery. I’m writing a memoir about how profoundly that first stay in Africa influenced me and became the foundation of so many of my attitudes and activities.

This website uses cookies to improve your experience while you navigate through the website. Out of these, the cookies that are categorized as necessary are stored on your browser as they are essential for the working of basic functionalities of the website. We also use third-party cookies that help us analyze and understand how you use this website. These cookies will be stored in your browser only with your consent. You also have the option to opt-out of these cookies. But opting out of some of these cookies may affect your browsing experience.
Necessary Always Enabled
Necessary cookies are absolutely essential for the website to function properly. These cookies ensure basic functionalities and security features of the website, anonymously.
Functional
Functional cookies help to perform certain functionalities like sharing the content of the website on social media platforms, collect feedbacks, and other third-party features.
Performance
Performance cookies are used to understand and analyze the key performance indexes of the website which helps in delivering a better user experience for the visitors.
Analytics
Analytical cookies are used to understand how visitors interact with the website. These cookies help provide information on metrics the number of visitors, bounce rate, traffic source, etc.
Advertisement
Advertisement cookies are used to provide visitors with relevant ads and marketing campaigns. These cookies track visitors across websites and collect information to provide customized ads.
Others
Other uncategorized cookies are those that are being analyzed and have not been classified into a category as yet.
SAVE & ACCEPT